How to Get Away with Murder Wiki
Register
Don't have an account?
Sign In
Advertisement
in: Episodes, Season 4 Episodes
English

The Day Before He Died

Michaela: "It was a mistake."
Asher: "This wasn't a mistake, Michaela. This was you stabbing me in the heart."
— Michaela Pratt and Asher Millstone regarding Michaela's one-night-stand with Marcus Walker

"The Day Before He Died" is the 59th episode of How to Get Away with Murder.

Annalise helps the “Keating 4” concoct a plan to prepare for another round of questioning after detectives get a break involving Simon’s case. Meanwhile, Laurel discovers new details about the night Wes was killed which lead to a surprising confrontation.[2]

Eight months prior, on the day before he died, Wes is getting out of the shower and receiving a call from an unknown number — it’s Laurel’s mom, Sandrine, asking to meet with him. When he gets to the coffee shop, he tells her he only came to say he’s not okay with meeting behind Laurel’s back. She insists he sit, and he starts to record the conversation. She then gives Wes a check for 100k to get him to break things off with Laurel. She insists it’s because Laurel is trying to fix him and will break his heart. He takes the check along with a phone number that he was told to use in an emergency, and later in his apartment, he uploads the recording of the conversation and puts it on a USB drive under the floorboards in his bathroom. He enters a new “in case of emergency” number in his phone. Laurel gets home from study group and things are awkward between them. She assumes it’s because he thinks she cheated on him with Frank. Later, they had another argument the day he died.

Back in the present day, Laurel is listening to the recording of her mom’s meeting with Wes. She wants to go to Denver to find out what he knows. Also, they need to tell Annalise — Frank demurs on this because Annalise already has a lot on her plate. The Keating 4 minus Laurel shows up at Annalise’s hotel because she has something to tell them. Oliver reveals he and Connor have decided to have a traditional wedding after all. But the wedding bells are silenced when Annalise drops the bomb that Simon is awake. They still don’t know if he can speak or remembers anything. Bonnie arrives and pulls Annalise aside to tell her that Nate is trying to get inside information on Simon’s status. Oliver gets a call that Simon is requesting to see him. Oliver meets with the doctor at the hospital and tries to glean Simon’s mental state because Connor is concerned the detectives are laying a trap. Before he can see Simon, the detective who interrogated Oliver the night of the incident at Caplan & Gold warns him that they’re watching to be sure he doesn’t try to sway Simon’s memories. Simon looks at Oliver and smiles — all he wants to know, for now, is whether he came out to him. He doesn’t remember anything from the night of the shooting.

Frank and Laurel go to see Sandrine without telling Annalise. Laurel plays the recording for her mom. Mrs. Castillo says Wes was a murder suspect and she wanted to protect her daughter. Laurel accuses her of having Dominick kill Wes. She flatly denies it, but Laurel begs her to stop lying. Back at the hotel, while Oliver and Asher do face masks, Connor pulls Michaela aside to talk about her D.C. affair with Marcus Walker. She doesn’t know if she has feelings for Marcus. She’s confused. Connor insists she has to tell Asher and make a decision between being a “cheater” and a “lying cheater” because the truth will come out. But before any decisions can be made, Michaela gets called before the detective, who wants to know about the bad blood between her and Simon. Michaela steamrolls her — pointing out it’s normal for competitive law students to not get along and that the detective is overstepping legal guidelines. She refuses to continue the conversation without a lawyer.

Michaela decides the only solution is for Oliver to marry Simon to buy his silence with his hot bod and his hand in marriage. Connor still votes for smothering Simon. Annalise has a real suggestion — Oliver has to go back and convince Simon to hire Annalise as his lawyer so they can run damage control. Oliver obeys orders and visits Simon, feeding him a line about having feelings for him before telling him he needs a lawyer. Simon already has a lawyer and it’s Tegan. Annalise soon finds this out while trying to get information on Isaac at the front desk. Tegan strolls up to her and tells her she has to leave, but not before Annalise gets in a few jabs about Tegan’s real boss being Jorge Castillo and representing Simon being a conflict of interest. But they can’t tell Simon any of this because Tegan’s set up security and banned unauthorized visitors, including Oliver, from his room.

Laurel is trying to work out why Wes didn’t just tell her about meeting her mom. Frank promises to help her get her baby back at any cost, but he has to go because he receives an alert for a “mechanical error” on Bonnie’s car from the device he gave her. He goes to the DA’s office and helps Bonnie check her car for signs of tampering. He insists the car is fine, but Bonnie still feels unsafe. He admits he and Laurel went to see Mrs. Castillo and she denied any involvement in Wes’ death. Bonnie tells him he has to tell Annalise the truth. Michaela visits Laurel at her apartment to ask for advice about the Asher-Marcus situation. Laurel insists she’s a terrible person to give advice and Michaela wants to know why she didn’t tell Wes the truth about cheating with Frank. They acknowledge their tendency to sabotage anything good in their lives, and Michaela says she would have “lost it” a long time ago without Asher. Meanwhile, Asher is hanging out with Oliver. Oliver suggests he should marry Simon again, but then Asher says no — he and Connor should get married, and so should everyone else in their tangled web so they can’t testify against each other. He jokes about Michaela pulling a “runaway bride” on him.

Annalise visits Isaac at the hospital. He’s been reading about her case, and he’s proud of her. He tries to reassure her that his condition and overdose were not her fault. He wanted to die and that’s why he’s here, while she continually gets back on her feet and chooses life. She insists he doesn’t need to make her feel better. She wants him to stop apologizing and just do whatever he needs to get better — but Isaac tells her it’s the last time they can see each other and then rolls over and closes his eyes. She goes out into the hallway to cry. Nate calls, and he has bad news: Simon remembers that Laurel was at the party that night and is prepared to give a statement to the detectives. Annalise calls Laurel and tells her to hide. Michaela gets back to her apartment and is blindsided by the fact that Asher has already figured out she cheated on him with Marcus. “This wasn’t a mistake, this was you stabbing me in the heart,” he insists. Asher starts telling Michaela all the reasons she’s broken his heart. Annalise soon shows up, breaking the bad news about Simon’s memory. Oliver is told that he needs to go back in and convince Simon not to give his statement.

So, Oliver is back at the hospital, wearing a suit and pretending to be Tegan’s assistant. Michaela corners Tegan in the bathroom to distract her, telling her she’s on the wrong side with Mr. Castillo and laying it on thick about her being a powerful woman allowing herself to be controlled by a corrupt man. Oliver’s plan works, and he holds a cell phone up to Simon’s ear. Annalise is on the other end of the line explaining to Simon that his current plan will land him in jail since a jury will never believe the word of a patient with brain trauma. Instead, the new plan is for him to decline to give a statement and work with Annalise to get a visa as a whistleblower. Simon demands the files that they stole and then says that he’ll hand over to the authorities even though they don't have the hard drive. Trying to find it, Bonnie is back at the jail trying to bribe the officer who logged the evidence that night. Tegan finally gets into Simon’s room, which is now Oliver free. But their plan worked — Simon fires Tegan and tells her he’s canceling his meeting with the detectives because he didn’t see Laurel there that night; he was confused.

Frank calls Annalise to tell her that Laurel wasn’t hiding in her apartment as she was told. Instead, she’s at Denver’s office trying to make a deal. She offers to turn herself in for stealing the files from Caplan & Gold. But first, she reveals she has proof on her phone that he’s called Dominick many times, as well as evidence her father illegally donated to his campaign and is working with him. Laurel offers him the evidence if he gives her mother's phone records. They make the exchange. Laurel then visits her mother, locking the door and closing all the curtains on her way in. Laurel lets loose on her mother, saying she knows her mom got Wes’ message because Laurel got her phone records, and Mrs. Castillo called Wes back 10 minutes after he left the voicemail for Dominic. Mrs. Castillo insists it’s because she wanted to help Wes, but Laurel isn’t having it, accusing her mother of being out to protect her bank account and ensure Antares could go public without scandal. Laurel assumed Denver or Dominic warned her father Wes was going to the police, but now she knows it was her mother. Together, they killed Wes, the person she loved most.

In the midst of this, eight months prior, Wes did speak to Mrs. Castillo, and he admitted to being in trouble with the police. He wants Mrs. Castillo to do everything she can to keep Laurel safe. He insists he has to go and hangs up. Mrs. Castillo then immediately calls Jorge and tells him Wes is going to the police. Back in the present, Annalise still can’t get ahold of Laurel and consequently also misses a call from Bonnie while Frank is busy telling her the truth about Mrs. Castillo’s potential involvement in Wes’ death. Bonnie leaves a voicemail saying Denver has the hard drive and is playing both sides. She’s driving to Annalise’s hotel. But Denver is also onto Bonnie — watching security footage of her bribe at the jail and calling Jorge Castillo to tell him to handle it. And then Annalise gets a call from Nate — there’s been a car accident. 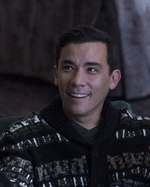 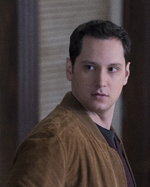 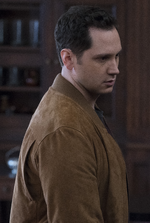 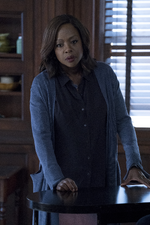 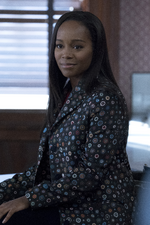 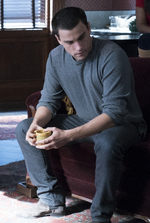 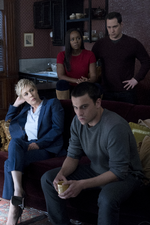 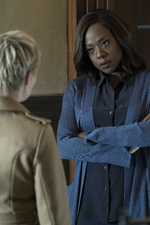 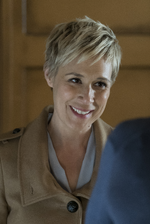 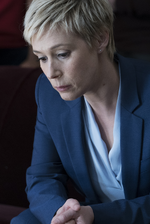 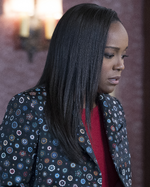 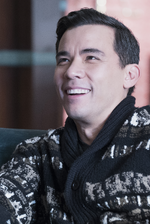 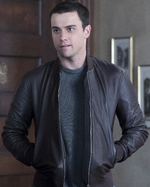 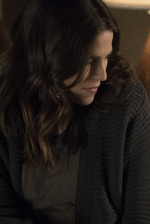 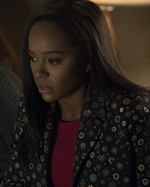 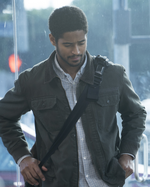 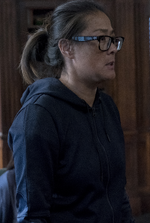 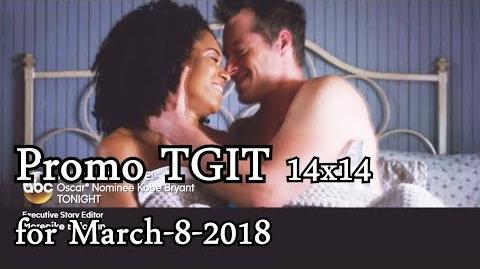