"I Want to Love You Until the Day I Die"

Ted Walsh is a minor character on How to Get Away with Murder. He is the husband to Jeff Walsh.

Around a year after Jeff Walsh came out to his family, he met Ted and eventually got married. ("Was She Ever Good at Her Job?")

After Jeff got an email about his son, Connor, returning his degree, the two made a trip to him in Philadelphia. Once there, they found Connor drunk in a gay strip club. The following morning, Jeff messaged Oliver asking him to meet him and his husband at a coffee house to talk after Connor refused to see his dads. While there, Jeff asked Oliver whether Connor had told him the story of when he came out. Oliver tells him that he would rather hear it from Connor but Jeff goes ahead with the story anyway. He tells him that he came out when he was 12 and told his parents that if they didn't accept him that he would run away. With that said, Jeff then goes on to tell him that Connor's coming out encouraged him to come out himself which he later met Ted and married him. After story time was over, Jeff asked Oliver to let them see their son. Agreeing to their request, Oliver lead them back to his apartment where they entered to find Connor naked. Realizing that it was his parents as well as Oliver, he quickly ran into the bedroom embarrassed. Later that day, Connor and Oliver were "forced" to hold a dinner part with all of their friends and Connor's fathers in order for them to get to know his friends. Connor thought his father only wanted the money from his canceled tuition. He insisted that wasn’t the case. ("Was She Ever Good at Her Job?") 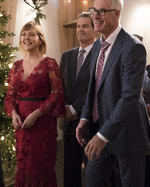 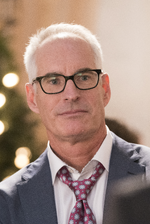 Retrieved from "https://howtogetawaywithmurder.fandom.com/wiki/Ted_Walsh?oldid=24003"
Community content is available under CC-BY-SA unless otherwise noted.