"Was She Ever Good at Her Job?"

"Unbelievable. You know what? Stop fighting, Annalise. It's not cute anymore."
—Soraya Hargrove to Annalise Keating[src]

President Soraya Hargrove is a supporting character on How to Get Away with Murder. She is the current president of Middleton University and does not always get along with Annalise well.

"A truck driver had called 911, said I'd fallen asleep. Nico and Grace were in the car with me. I'd picked them up at the nanny's. At the nanny's after work Meaning the happy hour after work. Apparently, I pulled over to the side of the road, fell asleep with the car running. Nico ran into the street to wave down help. My husband, Raul, filed for custody the next day. [...] It's not him I'm mad at. It's me. I'm a drunk mother, and I have to live with what I put my kids through for the rest of my life. Today's my, uh, one year anniversary. And I'm doing okay. I work my steps. I see Nico and Grace twice a week Supervised visits. They're still upset, and they don't hide it, and I get it. They get to be upset with right now. They get to hate me right now. On the real, I'm ashamed of what I did, of course, but I'm I'm pissed, too. I'm their mother but they won't even look me in the eye. And it just it makes me want to shake them or yell or something so that they'll... see that I'll do anything to get them back anything. Oh, I I just don't think it means that I should lose my kids."
—Soraya Hargrove to the AA meeting.[src]

In August, not long after she was appointed the new president of Middleton University, she calls in Annalise Keating where she tells her that she wants to move her into a research role at the university for the time being due to some of her students in Criminal Law 100 obtaining poor grades. She tells her that she is putting another professor in charge of the class. Annalise isn't pleased by the news and proposes to start a pro-bono legal clinic where her students act as lawyers in court and deal with their own clients. Soraya tells her that she'll have to ask the others. Sometime later, the legal clinic is approved. ("We're Good People Now")

In September, after the new school year started, a student started posting flyers of Annalise Keating with 'KILLER' inscribed across them across the University. As a result, Soraya repeatedly calls Annalise after class, however, she doesn't answer. She then has her assistant call Annalise who invites her for a talk with herself and Mike Richardson, the HR lawyer. She explains to Annalise that she and the university are doing everything in their power to find the individual responsible. On her way out, Soraya praises Annalise for having the idea to open a pro-bono clinic. Later, more news outlets pick up the story regarding the flyers around the university. This then forces the board at Middleton University to come to the decision to suspend Annalise. After telling her that after calling her in, Annalise flips out and refuses to give up her teaching. She tells her that the university is treating her like the enemy when she is the victim. She explains that she doesn't think that she should be treated that way and tells the board that if they want her, they'll have to drag her from her classroom. ("We're Good People Now", "There Are Worse Things Than Murder")

The following day, Soraya catches Annalise just before her class. She tries to bury the hatchet by telling her that they are still doing everything in their power to make things right but the conversation soon turns sour when Annalise finds out that they are still no closer to finding the individual responsible. Soraya tries to turn it around and tells her that she wants them to work together. Soraya just asks Annalise to keep a low profile until the flyer business blows over. Annalise tells her that with her new client, Toby Solomon, keeping a low profile may be difficult. Days later, Annalise and the clinic are back in the headlines after they helped find the body of a missing girl. While looking at the article on her computer in her office, Soraya receives a call from Barry Lewiston asking her whether she had seen the article. ("Always Bet Black")

The next few days, Annalise has her license to practice law revoked due to a video depicting Annalise slapping her former client. After finding out visits Soraya in her office, out for blood. Annalise informs her that it was Barry Lewiston who emailed the video to the disciplinary board. Soraya says that it if the first time that she is hearing that Barry is the one responsible though she tells her that she thinks that it was about time that someone fought back against her. Annalise threatens to sue her but Soraya reminds Annalise that the clinic should be closed without Annalise there to oversee it when it is being run by Bonnie presently. Annalise starts yelling at her but Soraya is done with Annalise and fires her. Annalise tries to get out of it but Soraya reminds her that without a license, her tenure has been nullified. ("Don't Tell Annalise")

Soraya attends her regular AA meeting. A newcomer arrives late. Jonathan asks the newcomer to introduce herself to the group. She reluctantly tells the group that her name is Annalise. This causes Soraya's head to turn in Annalise's direction, realizing that its that Annalise. After the meeting, Annalise waits for Soraya. Annalise instantly asks about her replacement at the university. Then Annalise threatens to sue her but Soraya doesn't seem the least bit bothered as she knows that she wouldn't have been fired if there was a chance for a lawsuit against them. She leaves after telling her that she's done with her. Later at her office, Annalise is waiting inside for her. Annalise hands her a copy of her lawsuit which when she glances at it notices that she's suing her for 50 million. Soraya gives in and asks her what she wants. Annalise tells her that she wants a truce and her job back. Soraya reluctantly agrees and tells her that she'll make some calls. Soraya then asks her how she's doing and tells her that going to the AA meetings is her taking the first step because she can't get better alone. ("It's About Frank")

After Annalise returns to work, she takes a new client, Daniela Alvodar. Soraya stands at the back of the lecture hall as she finishes off. After, Soraya talks to Annalise about her receiving multiple calls from the NYPD asking for information about Wes Gibbins. He is wanted for questioning. Soraya asks whether she has seen him but she tells her that she hasn't, that he was absent from class. ("Is Someone Really Dead?")

At the AA meeting, Soraya is giving her story to the group, telling them that her addiction has lost her the rights to her kids to her husband, Raul and even her kids respect. Annalise is also there. She is upset that she only gets to see her kids twice a week on supervised visits though she hopes that they will, one day, forgive her. She tells the group that today is her 1 year anniversary. Later, she goes over to get a drink and notices Hank trying to chat up Annalise. She warns her that he likes to screw the newbies of the group. Annalise ensures that that would never happen. Annalise commends her for telling her story to the entire group, telling her that it took guts. Annalise says that she doesn't have that in her, maybe in the courtroom but not in her personal life. Their conversation gets progressively icier. The following day, Soraya is walking in the university when Annalise stops her. Annalise asks for her phone and when she reluctantly give it to her, she inputs a family lawyer she knows into her phone. Soraya says that she doesn't need it as she and Raul are trying to work things out. Annalise thinks otherwise and tells her that if she ever needs someone to fight in her corner, to help her get her kids back, to call her. Soraya thanks her. ("Call It Mother's Intuition")

After getting into contact with Nina, the attorney that Annalise suggested, Soraya calls Bonnie to get Annalise over to speak with her in her office. There, Soraya hands Annalise the divorce papers and custody agreements Raul gave her. Soraya admits that she pleaded guilty to child endangerment because at the time she didn't want the story becoming public knowledge. Annalise acknowledges that her pleading guilty makes it much harder for her to win the case. Annalise then says that she will look into the files to see whether she can find a way to win. Sometime later, Annalise visits Soraya in her office again. She says that she can't find a way to win but there may be a change if they argue some of the charges. Soraya admits that she's ok settling, meaning that she will only see her children twice a month with supervised visits. Annalise offers to personally take her case if she wants but Soraya tells her that she'll be fine. ("No More Blood")

While at the university, she was approached by Annalise Keating asking her to be her co-council in the case to win custody over her children. Eventually agreeing to the matter, Soraya met up with her primary lawyer at Caplan & Gold, Tegan Price along with her intern Michaela Pratt, a student at the university. They then met up with Soraya's ex-husband Raul and his lawyer, Barry Thompson. Raul's lawyer hands Tegan an affidavit and a flash drive containing videos of Soraya throwing up in her children's bathroom. After the meeting, Soraya explains the video. The two lawyers throw around different ideas. Soraya pipes up and decides that she wants to go after her ex-husband. Later, Annalise makes a mistake and emails the file to the wrong Barry. Instead of emailing Raul's lawyer, she emailed a member of the Middleton board. Once Annalise returned to Caplan & Gold, Soraya had already been called by the board and fired. Once Tegan leaves Annalise and Soraya alone, Annalise reassures her that she will fix her mistake. After getting an email from her own therapist, Annalise had the idea that they could use Raul's therapy notes in court. Annalise then races to Caplan & Gold where she tells them the idea that they get the judge to give them Raul's therapy notes. Tegan then goes to the judge and gets the notes and they find something that will win them the case. They use the information in order to get the opposing side to agree to joint custody. ("Was She Ever Good at Her Job?") 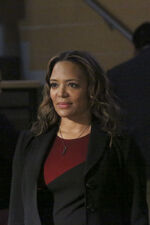 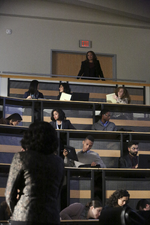 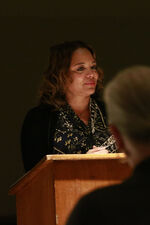 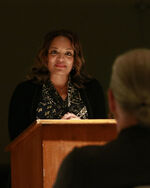 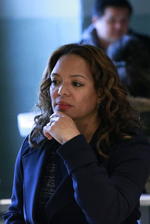 Retrieved from "https://howtogetawaywithmurder.fandom.com/wiki/Soraya_Hargrove?oldid=25540"
Community content is available under CC-BY-SA unless otherwise noted.