"You're a liar! You were nothing until you met me, just some stuck up bitch until I made you interesting! You think that you're anything without me? You are nothing, you're just some basic bitch who better watch her back! That's right, you're next whore!"
—Zoe Mitchell to Molly Bartlett

"Skanks Get Shanked" is the 19th episode of How to Get Away with Murder.

When a teenager is found murdered in the woods, Annalise and her team is hired to represent an unlikely suspect named in the case. Meanwhile, Asher comes across a shocking confession, and Wes learns new information about Rebecca's disappearance.[2]

Annalise is hired to defend a teenage girl named Zoe who is accused of murdering her friend Rachel and coercing of her other friends to join her. Zoe says that the two other, more popular girls, named Meagan and Molly, told her they had to get revenge on Rachel for talking to Molly's boyfriend, and they led her into the woods and forced her to murder Rachel, her best friend since childhood. The prosecution argues that Zoe was the ringleader and forced Meagan and Molly into a cult-like situation. Most of the team believe she's guilty and a sociopath, but initially Connor believes she's innocent and tries to comfort her. However, Laurel, noticing that Zoe is always on her phone, steals her phone and finds a disguised app used by teens to hide information from their parents. The app contains a video of the three girls after they murdered Rachel, gloating, reenacting the scene, and discussing killing other people. They show the video to Annalise, but she tells Frank to remove all traces of it, telling the team that it is their job to defend the client. However, in court the next day, the opposing counsel brings the video into evidence, which leads to Zoe standing up yelling at her friend about how she'll murder her, too. It is later revealed that Connor copied the video to a flash drive and gave it to the prosecution. Annalise confronts Connor, who accuses her of brainwashing them and forcing them into the murder of her husband and says that he'd like to quit but cannot, as he's afraid she'll send Frank to kill him. Annalise responds that she never forced them to do anything and tells him to never mess with a case again.

Through this case, Annalise is distracted with thoughts of Nate's wife, Nia, who calls her and asks her to visit at the hospital. Nia confronts Annalise about sleeping with Nate, telling Annalise that she's not making accusations, but instead finds her very brave and wants her to love Nate for after Nia dies. She asks Annalise to get pills from Frank so she can kill herself, saying that Annalise owes her. Annalise gets the pills but ultimately decides not to give them to Nia.

Asher, who claims to be sick through much of this episode, is shown spying on and recording Annalise for the prosecutor in the Nate Lahey case. She threatens to reveal something from his past involving a girl named Tiffany to get him to comply, but at the end he refuses to help her. He later goes to his father, telling him he needs help and appears to be promising to testify against Annalise, believing that Annalise killed Sam and Frank was helping to cover it up. Bonnie tracks his phone and confronts him, telling him that it was really her who killed Sam.

Meanwhile, Wes is trying to figure out what happened to Rebecca. He suspects that she's dead and has Nate tell him what he knows. Nate reveals that on the night Rebecca disappeared, Frank made three calls, all to the same person, who is later revealed to be the sister of a man who works at a cemetery. Wes continues investigating with the help of Levi, suspicious of everyone in the house. However, when Nate finds out that Wes has been sharing information with Levi, he tells him that Levi is probably not who he thinks he is and Wes is being stupid trusting him. The episode ends with Annalise watching them converse. 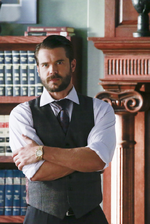 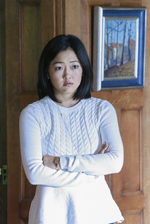 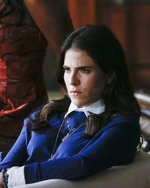 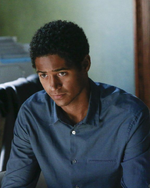 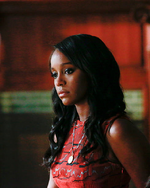 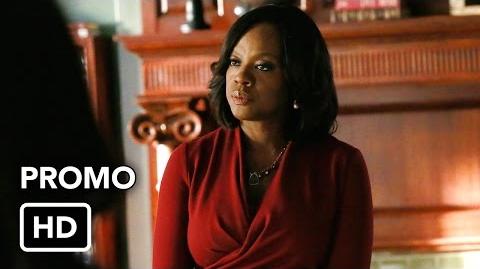 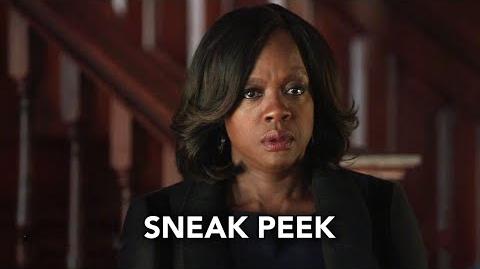 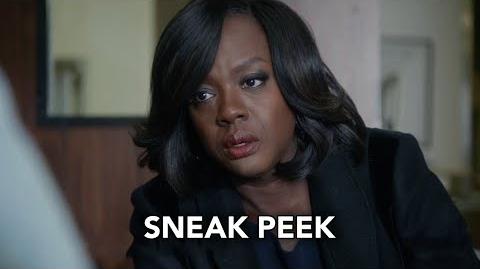 Retrieved from "https://howtogetawaywithmurder.fandom.com/wiki/Skanks_Get_Shanked?oldid=22550"
Community content is available under CC-BY-SA unless otherwise noted.