"Where Are Your Parents?"

Mac Harkness is a minor character on How to Get Away with Murder. He is the father of Annalise Keating, the astounding attorney who is not afraid to get her hands dirty. Mac abandoned Annalise and her family when they were young. On the season finale of Season 2 it is found out that he is with Ophelia, Annalise's mother. Annalise is not the fondest of this idea.

"I didn't know."
"Which part? 'Cause I told you what he did to me. Celestine's 13th birthday party. You showed up drunk. I brought you a piece of Mama's peach cobbler out on the porch. Or are you having memory problems, too?"
"I meant I didn't know about the fire, that your mother..."
"You said you didn't believe me."
—Mac Harkness and Annalise Keating about Clyde Harkness[src]

After meeting Ophelia Harkness, the two eventually get married and have children. Three of them are named Anna Mae, Celestine and Thelonious. When Annalise was little, Mac's brother, Clyde Harkness, raped Annalise. He died soon after to what appeared to be an accidental house fire. During Celestine's 13th birthday party, Annalise tried to tell Mac about what Clyde had done to her however, he didn't believe her. Not long after, Mac left Ophelia and the kids to live across town. ("Anna Mae", "Go Cry Somewhere Else")

"I'm so sorry I hurt you, Anna Mae. Please know that."
—Mac Harkness to Annalise Keating about leaving her during her childhood[src]

After hearing that Annalise had been shot, Mac went over to Ophelia Harkness's to make sure that Annalise was alright. The two got talking and they rekindled their relationship. ("Anna Mae")

Around a month later, Annalise visits her mother to which Ophelia responds by inviting all of her close friends and family over, including Mac. During the party, Mac makes himself visible to Annalise who doesn't take him being there very well. She leaves the party, leaving Mac and Ophelia alone in the kitchen. The following day during dinner, Annalise has her friend over, Nate who Ophelia asks about his personal life to which Annalise tries to get her to stop. The conversation turns awkward as Annalise has a go at her father for leaving them. While everyone gets up and starts to dance in the living room, Ophelia talks to Annalise and Mac about her not having children. The following morning, Mac visits his daughter in her bedroom to give her phone back to her after being told to do so by Ophelia. He apologizes for leaving her and tells Annalise that he loves Ophelia which is the reason why he is back in their lives. Annalise doesn't care as she thinks that it is only a matter of time before he leaves again and tells him to leave her alone. Annalise leaves for Philadelphia later in the day. ("Anna Mae")

"Why didn't you tell me?"
"Her doctor said it's just a bit of dementia."
"You should have told me."
"She has episodes every now and again, but she usually comes out of them pretty quick."
"She just confessed to burning down the house with your brother inside."
"She makes up stories."
"It wasn't a story."
—Annalise Keating and Mac Harkness about Ophelia Harkness's dementia.[src]

At some point, Ophelia visits the doctors of which she is diagnosed with dementia. ("Go Cry Somewhere Else")

After hearing that his daughter was arrested from Celestine, Ophelia and Mac make the trip to Philadelphia where they enter Annalise's arraignment at court. While the police take Annalise away in handcuffs, Annalise tells her mother to go home. While waiting in the hallway, Ophelia and Mac stop Nate and demand to know how he is going to fix Annalise's situation. Nate informs them that he is working for the DA's Office which means that he cannot help. Ophelia walks away urging Mac to follow. During visiting hours at the prison, Ophelia and Mac hug their daughter and Ophelia takes notice of Annalise's weight. Annalise tells them that she doesn't want them to see her in prison looking how she does. Ophelia begins to have a dementia episode as she thinks that the fire which killed Clyde is what Annalise is being charged for. Ophelia offers to take the fall. Mac is surprised as he didn't know that Clyde was murdered. While Ophelia makes her way to the door, Annalise scolds Mac for not telling her about her mother's dementia. At the next visiting hours at the prison, Annalise talks to her mother about getting her help. Noticing some hostility between Mac and Annalise, Ophelia excuses herself to allow them to sort out their differences. Mac starts off by telling Annalise that he didn't know. Annalise says otherwise. Mac tells her that didn't know that Ophelia killed him for it. This eventually leads Mac to storm out. Annalise then manages to be released out on bail however, Annalise gets herself beaten up for it. While being released, her family greets her, her mother, horrified by her face. While having dinner, Ophelia has another dementia episode. Seeing that her mother needed some good news, Annalise fabricated a story that makes it seem that she was released, making Ophelia ecstatic. ("Go Cry Somewhere Else")

"I'm sorry for what Clyde did to you."
—Mac Harkness to Annalise Keating[src]

Months later, his daughter, Annalise visits Mac and Ophelia. His other daughter, Celestine is also there. Ophelia, her two daughters, and Mac sat down at the table to talk. Annalise and Celestine have been taking and Annalise said she wanted to use her insurance money from the fire to put her mom in a nursing home, but her mother was furious with the idea. During the night, Ophelia had a dementia episode, after which she agreed to visit the facility. Annalise’s father wanted to care for her herself, and they fought over who was to blame for her mom’s condition. Celestine assured her that it wasn’t her fault, and she confessed that the expected insurance payout wasn’t coming through. She further admitted she may be disbarred for her alcohol issues. “I’d be drinking, too, if I had your life,” her sister admitted. Annalise asked her mom point-blank what she wants to do, and the matriarch replied, “I’m going away. You know it, I know it. My mind’s going.” When they visit the facility, they are greeted by Irene who showed them around. Before leaving Memphis, Annalise begged her dad to “keep her safe,” at which pointed he finally apologized for the sexual assault she suffered at the hands of his brother. ("I'm Going Away")

Months later, his daughter, Annalise, called Ophelia to tell her that she had managed to get her case sent to the supreme court and that she wanted her and Mac to come to D.C. to see her in action. Delighted with the news, Ophelia agreed. Once they arrived at Annalise's hotel room, she and Mac were introduced to Olivia Pope who Ophelia recognized from the 'telly.' Ophelia encouraged the two to eat with them as they had brought sandwiches. Olivia was worried that it would be a waste of their time but Annalise insisted. After their lunch, Nate arrived to which Ophelia was delighted by the surprise. In Supreme court, Ophelia was having one of her episodes when she saw Annalise about to go into the courtroom. Already late, Olivia encouraged Annalise to go inside and let her deal with her mother. Ophelia accidentally knocked over some stew onto Olivia's blouse. Olivia, again, urged Annalise to go inside as she was already late. Ophelia and Olivia then went to the bathroom where she tried to get the stain out of her jacket. After they entered the courtroom where Annalise presented her case to the justices; one of the justices, Justice Strickland was particularly hard on Annalise and Nate Lahey, Sr. (the "face case" of the class action). After the court was adjourned, the decision of the Justices remained unknown. ("Lahey v. Commonwealth of Pennsylvania") 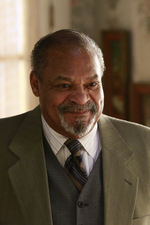 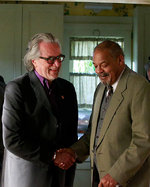 Retrieved from "https://howtogetawaywithmurder.fandom.com/wiki/Mac_Harkness?oldid=24707"
Community content is available under CC-BY-SA unless otherwise noted.