This article is a stub. You can help the How to Get Away with Murder Wiki by expanding it.
Under torture, Xavier Castillo admits that he set up the murder of Nathaniel Lahey, Sr. under Birkhead's orders. Xavier explains that Birkhead wanted to prove that Annalise's Supreme Court win would put dangerous felons onto the streets, enraging Nate that his father's murder was all over politics. Xavier also confirms that Agent Denise Pollock was working for the governor who was calling all of the shots and that Xavier's father ordered him to help Birkhead. ("Let's Hurt Him")

During Annalise Keating's trial, Birkhead is called to the stand where she denies conspiring to set Annalise up or knowing Xavier Castillo and Hannah Keating. On cross-examination, Annalise plays a recording Hannah made of a phone call between herself and Xavier where they discussed the murder of Nathaniel Lahey, Sr. and the governor's involvement in it. Annalise presses Birkhead for an explanation, but the governor remains firm that she has no idea what they're talking about.

At a press conference after Annalise's win, the press question Annalise about what should be done about Birkhead. Annalise states that there needs to be either an independent council investigation into the governor's actions or they need to impeach her right away. One of the reporters reveals that Birkhead is at the courthouse meeting with the Attorney General and Annalise suggests that Birkhead is concerned that she will be charged with conspiracy along with Agent Lanford. At that moment, Frank Delfino ascends the courthouse steps as Birkhead emerges and shoots the governor several times, killing her. Frank and Bonnie Winterbottom are killed by return fire from courthouse security guards as bystanders futilely attempt to tend to Birkhead's wounds. ("Stay") 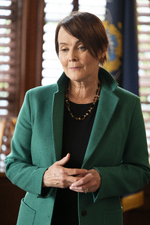 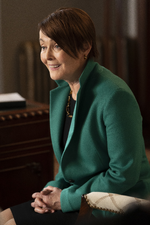 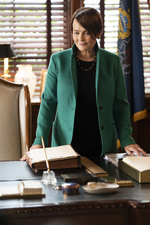 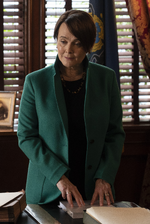 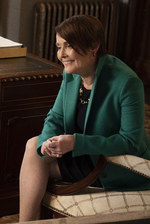 Retrieved from "https://howtogetawaywithmurder.fandom.com/wiki/Lynne_Birkhead?oldid=28753"
Community content is available under CC-BY-SA unless otherwise noted.