Start a Wiki
watch 02:22
'How to Get Away with Murder' Profile: Levi Wescott
Do you like this video?

Levi Wescott is a supporting character on How to Get Away with Murder. He claims to be Rebecca's foster brother. He is the person Rebecca sent the "eggs 911" text to the night she was killed. After befriending the Keating 5 in order to get information about Rebecca, he is arrested for carrying drugs that were planted by Frank to stop him from finding out the truth.

He meets Connor and Michaela in the court building one day, asking if he can borrow one of their phones, and when they realize he's hitting on Michaela, Connor tells her to go for it while Michaela insists that she isn't interested. Wes later hears them talking about Levi and sees a picture Connor has of him and recognizes him from a photo he is in with Rebecca. Levi confirms that he's trying to date Michaela to uncover what happened to Rebecca and tells Wes that it is Rebecca, not him, who is "Eggs." Wes makes him promise to stay away from Michaela, and although he promises, Michaela mentions that they're seeing each other a lot.

He and Wes begin working together to uncover what happened to Rebecca. Wes gets information from Nate and shares it with Levi. He is the one who finds out that Frank called a girl whose brother works at a cemetery the night Rebecca disappeared and strongly suspects that Annalise or someone else from the house killed her. At the end of Skanks Get Shanked, Nate finds out and confronts Wes about Levi, telling him that Levi probably isn't Rebecca's foster brother and may even have killed him.

After being arrested, it was discovered that he already had three other drug charges from previous encounters with the police. With this in mind, the police returned Levi back to the police in Georgia where he would remain in jail over there. ("Two Birds, One Millstone") 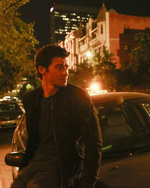 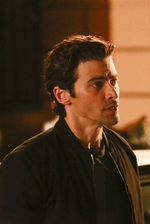 Retrieved from "https://howtogetawaywithmurder.fandom.com/wiki/Levi_Wescott?oldid=19531"
Community content is available under CC-BY-SA unless otherwise noted.