"Everyone around us dies."
—Michaela Pratt to Isaac Roa

"It's for the Greater Good" is the 48th episode of How to Get Away with Murder.

Annalise takes on a case for the greater good and quickly realizes the stakes are much higher than she originally thought. Meanwhile, Laurel asks Michaela to help get information regarding Wes’ death and Connor makes a major life decision that is not supported by the group. In a flash-forward, a surprising confrontation during the night of the crime is revealed.[2]

Michaela was furious with Laurel for wanting her to use her new law job to take down her father’s company. “He needs to go to jail and you can make that happen,” Laurel begged. Michaela was shamed for taking a call from Asher at the office. As part of introductory hazing, all the interns had to show their knowledge of the firm. She was one of four left standing. Tegan, the lawyer who shamed her, urged her to beat Simon in the game, revealing she bet $2,000 on her. Annalise offered to help the understaffed Public Defender’s Office and promised she had her drinking “under control” when questioned by it by Virginia Cross. Her assigned case was Ben Carter, convicted of killing his fiancée. After writing his own appeal, he was getting a retrial due to jury bias. The former gang member, who was covered in tattoos, told Annalise she jumped to her death after a fight over their daughter, who wasn’t actually his. Annalise kept the paternity secret but argued in court that she was suffering from postpartum depression.

Oliver, who tried to get Nate and the D.A.’s Office to hire his new cyber-security company, told Laurel and Asher that Bonnie was working there. Asher revealed she was also living with Frank at her house, who was helping him study for the LSATs. Connor topped their news by announcing he dropped out of school. Laurel asked Bonnie if she could be her intern, but was quickly shut down. She then ran into Annalise in the bathroom and sarcastically told her “everything’s great.” “You’re about to have a child. You need to stop acting like one,” Annalise told her. Laurel then revealed she’s having a boy. Nate was called to testify for the prosecution, revealing a newly-recovered voicemail in which Ben’s fiancée begged him to come back to her. He was subbing for a sick investigator and Annalise testily grilled him. Nate and Bonnie then hired Oliver to hack Annalise’s phone and found a deleted voicemail note from her private session with Ben. That message revealed to Nate and the prosecution that Ben wasn’t the daughter’s father, which they argued was his motivation to kill.

After Virginia Cross threatened to take her off the case, Annalise angrily confronted Bonnie and Nate, who had to separate the two women from coming to blows. “It was all me,” he insisted, but she knew that was “bull.” Annalise was asked to identify a body at the morgue. It was Jasmine, who seemingly died of a drug overdose. Instead of going to the bar, she went to Isaac for an emergency therapy session. He suggested she withdraw from Ben’s case, calling it too much to handle on top of the death. “I hate being a failure,” she said, to which he pointed out losing her license for drinking would be worse. Frank got a call from Annalise, asking about a DVD left at her door. He denied sending it, and the footage showed Ben’s fiancée jumping to her death, just like he said she did. Frank uncovered that a guy who works at a bar delivered the tape. Turns out, he was “screwing” the Virginia, who Annalise called in court as a “hostile witness.” She questioned why this evidence was withheld during Ben’s first trial and played the footage.

Virginia claimed she only learned of it during the appeal and was too overworked during the prior trial to sift through all the evidence. “I made a mistake,” she admitted. Ben, of course, was vindicated, but Virginia was furious. Again, Annalise almost came to blows. Laurel asked Frank to convince Bonnie to hire her at the District Attorney's Office while Asher enlisted him to join an intervention for Connor. He shut down the group’s concerns and stood his ground. Frank tried to convince Bonnie to help Laurel, but she said, “You can live with her if she’s that important to you.” Bonnie later gave in and gave Laurel the internship. Laurel used the access to look into logs that showed her father’s plane landed in Philadelphia the day Wes died. She told Michaela that Dominick was probably on it and urged her to win the office competition in Wes’ honor.

“It was for the greater good,” Annalise told Isaac of her decision to publicly expose the Public Defenders Office. She ranted about the problems with the justice system and said she wanted to file a class-action suit on behalf of other possible victims of ineffective counsel. He claimed she just wanted to do something “risky” and she, in turn, said he just wanted the power back in their dynamic. He shot back, “You can’t save everyone, Annalise. Only yourself. That’s who you need to be a hero for.” She countered, “You are not going to break me.” In the final minutes, thanks to something Laurel mentioned in passing earlier, Michaela beat Simon to win the competition. She then picked Tegan, who oversees Laurel’s dad’s account, as her mentor. And Connor’s two dads showed up (Jeff and Ted) to confront him about dropping out of law school. Two months later, Michaela had blood on her at the hospital where Laurel lay. She cried to Isaac, “Is he dead? He’s dead, isn’t he? Everyone around us is dying!” 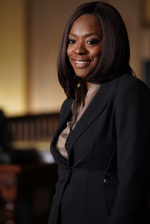 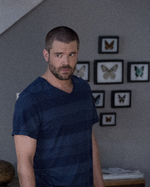 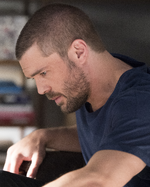 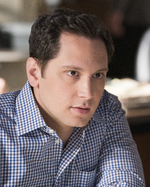 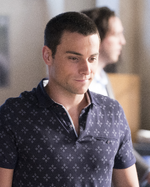 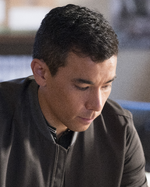 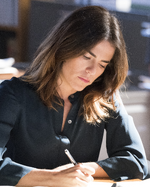 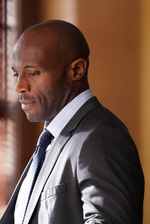 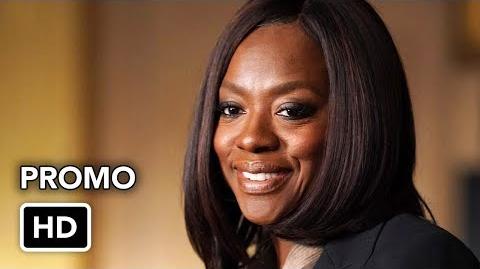 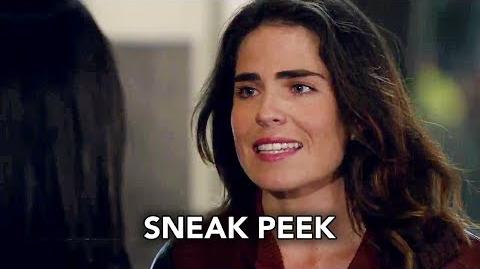 Retrieved from "https://howtogetawaywithmurder.fandom.com/wiki/It%27s_for_the_Greater_Good?oldid=25624"
Community content is available under CC-BY-SA unless otherwise noted.