"I Love Her" is the 50th episode of How to Get Away with Murder.

Bonnie's suspicions about Annalise's big case drive her to surprising lengths to get answers, while flashbacks reveal the genesis of the two women's long and complicated history; and the flash forward reveals the shocking whereabouts of one of the Keating 4.[2]

Bonnie is running in a rainstorm, clearly distraught. She runs to Isaac's door late at night, needing desperately to see him. And we learn very quickly what it is that’s troubling her — Annalise. She’s told Isaac that the woman in question is named May. Bonnie tells Isaac that she saw May that night and admits that she started seeing Isaac not to get better, but to hurt May. As they talk, Bonnie begins to pour out her emotions — her confusion over whether she made up the similarities between them, her desire to be the child Annalise so desperately wanted. She wants Isaac to justify her sense of betrayal and desire to hurt Annalise. Instead, he pushes her to recollect good memories from their time together, insisting the only way for her to get better and move on is for her to admit she loves May. She finally gives in and starts to sob, “I love her,” while remembering some of the highs and lows she and Annalise shared over the years.

In 2002, a city councilman is on trial for rape; Annalise is his lawyer along with Hugh Murphy, but Bonnie is the key witness in the case against him. Her father was a janitor at City Hall and would leave her in the basement for the councilman to visit her. The abuse only stopped because Bonnie got pregnant when she was 15. And she never knew what happened to the baby. She passed out during labor, and when she woke up, her father told her the baby was dead. Murphy pushes Annalise to go after Bonnie harder in the courtroom and the cross-examination. If she succeeds, they’ll recommend to the board at their firm that she be named a full partner. She agrees, but back at home, Sam is injecting her with hormones in their quest to get pregnant, it’s clear she has misgivings. Sam urges her to reconsider and do the right thing, especially given her own past, but her ambition wins out.

Back in the courtroom, she cross-examines Bonnie and pulls out every victim-blaming tactic in the book: Why didn’t Bonnie come forward sooner? How can she be sure the councilman was the man who raped her since she was raped by literally dozens of men? Bonnie insists her father threatened to murder her if she said anything. But Annalise has a reputation to uphold, so she pushes harder on the possibility that Bonnie has false memories, even suggesting it’s possible Bonnie had a hysterical pregnancy. Bonnie holds her own, but later that night we see Annalise drinking at her home in disgust because she won the case — and promptly quit her job. Sam is proud of her, and she tells him she wants to help Bonnie. Sometime later, Annalise approaches Bonnie at her place of work, tells her she quit her job because “it was despicable what I did to you,” and offers to take Bonnie in and help her become a lawyer. Once she agrees, Annalise introduces her to her husband, Sam.

Back in the present day, Annalise is still working to assemble the necessary 40 clients for her class action lawsuit. And Bonnie is hot on her tail, digging through Cross’ case files at the District Attorney's Office and noticing with dismay that many of Cross’ former clients now have “attorney pending” listed next to their name in the system. Annalise is fighting the good fight, though, and talking the talk, convincing inmates that this is their chance to clear their name. Bonnie wants to prove that Annalise is going after Cross’ clients, so she sends Nate to the prison to do her dirty work, but he’s still Annalise’s man through and through because when he sees Annalise in prison, he seems to believe her reasons for her secrecy. He later lies to Bonnie, telling her there’s no evidence Annalise has visited the prison in weeks. Not satisfied by this report, she decides to take matters into her own hands and visit the jail herself, only to find it’s as Nate said: Annalise is not in the visitor logs and the guards haven’t seen her.

At that very moment, Annalise is in a visitor’s room talking to another former cellmate, Claudia Gelvin, trying to convince her to join the suit. It works, and Claudia calls her to say that she and 15 other fellow inmates are signing on to the suit. Once she manages to get the 40 clients needed for the class action, Annalise dances in her hotel room, overjoyed by the outcome. But Annalise’s joy is short-lived. Inmates immediately start calling to withdraw from the suit because the ADA made them a better offer. It turns out Bonnie proved her theory with security camera footage and met with all of the potential clients to sabotage Annalise by offering them better deals and scaring them away from the lawsuit. This leads to another parking lot confrontation between the two of them, but this time Annalise gives Bonnie a verbal lashing rather than a physical one. Annalise explains that she was trying to do something good for once, but Bonnie throws it back in her face insisting, she only ever helped her because of her guilt; then she threw Bonnie out like an intern when she failed to become who Annalise wanted her to be. But Annalise wants her to understand she cut her loses because Bonnie doesn’t need her, not because she thought she was nothing. This sends Bonnie running out into the rain and to Isaac’s couch.

Elsewhere, Oliver now has an official job at Caplan & Gold though his official business which was established not long ago. Oliver is, however, using the job in order to work with Michaela, while Connor mopes in their filthy apartment, seeing as he has nothing else to do since dropping out of law school. Asher is still helping Frank prep for the LSAT — when Frank’s not busy having sex with Laurel, that is. Michaela is killing it at C&G, so much so that Tegan gives her a pair of Louboutins as a reward for her great work. Oliver is loving his new gig at the firm, so he’s reluctant to do Michaela’s bidding, but she convinces him to stay after hours to break into Tegan’s office and access the Antares files in the name of “justice for a friend.” He gives in, but unfortunately, that means he has to bail on Connor when he’s cleaned the apartment and made dinner for them both, sending Connor on a spiral that involves looking for booty calls on Humpr.

But Connor doesn’t go to cheat on Oliver. No, instead he shows up at Annalise’s hotel room. He blames her yet again for ruining his life, saying the bad things they did are burned in his brain and wishing he were dead like Wes. Noticing that he needed something to work on, Annalise got Connor to help her with her class-action. Elsewhere, Michaela and Oliver manage to break into the files and access ones related to Trent Stockton, but almost immediately, they’re hit with a second wall of security. Michaela manages to snap a photo of the screen before getting caught by Simon. They manage to sway his suspicion when they tell him that they are there at Tegan's request. Meanwhile, Laurel is desperate for news and also employing the “nail” emoji in her less-than-discreet texts to Frank. He goes to her apartment, but not before suggesting to Asher that Michaela’s “working late” excuses are hiding something, most likely another lover. Frank comes, not to sleep with Laurel, but to ask her if she’s sure the baby’s not his. Still consumed with guilt for cheating on Wes, she yells at him to get out for reminding her of the “biggest regret” of her life.

Later, Michaela brings Laurel the grainy image of the Trent Stockton file after refusing to go back into Tegan’s office because she doesn’t want to risk losing Tegan as her mentor. Laurel notices the document is a cease and desist letter dated one week before Stockton’s death — this is even more damning evidence and proof Michaela should keep digging. But Michaela and Oliver are afraid they’ll be fired or killed. While this is going on, Asher is watching the apartment from the car below Laurel’s window, where he can visibly see Michaela while she tells him on the phone she’s stuck at the office.

Back in Isaac’s office, Bonnie is now unleashing a fire hydrant of emotion, admitting she misses May, their house, their family, and more. And that’s where she slips: She says she wants to believe May wants to change with the class action lawsuit, and Isaac puts the pieces together. Bonnie rambles on about them both being sexually abused and continues to unfurl information that confirms Isaac’s fear. He confronts Bonnie with the fact that May is Annalise Keating and she’s the one Annalise fired — she is Bonnie, not Julie. Isaac is decidedly more perturbed by this information than seems normal. While this is happening, Frank is taking his LSAT's. Two weeks later, at the crime scene in Caplan & Gold, Bonnie asks the police where the suspect is. The officer tells her that he is in jail. At the jail cell, the sound of strangled sobs, which are coming from Asher. 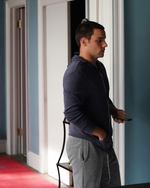 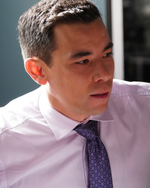 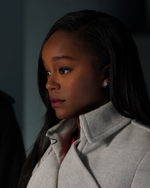 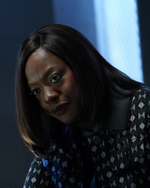 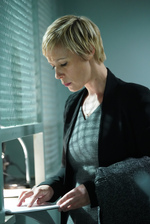 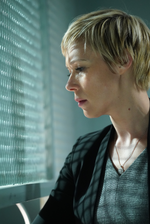 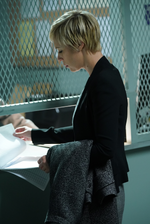 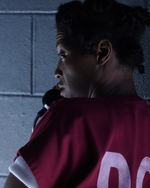 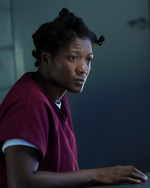 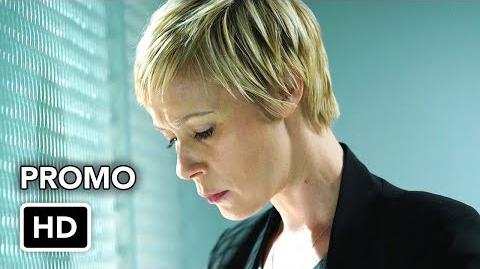 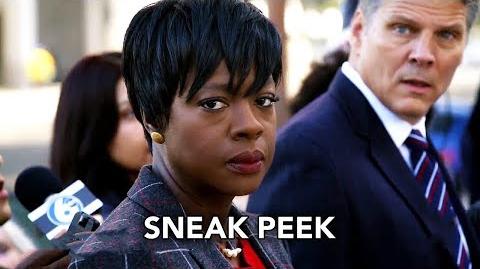 Retrieved from "https://howtogetawaywithmurder.fandom.com/wiki/I_Love_Her?oldid=25703"
Community content is available under CC-BY-SA unless otherwise noted.