"I learned so much from Professor Keating, but the most important thing she taught me is exactly the kind of lawyer I don't want to be."
—Michaela Pratt

"I'm Not Her" is the 47th episode of How to Get Away with Murder.

While Annalise reconnects with an important client from her past, she continues to struggle to move forward in her personal life. Meanwhile, the “Keating 4” find it difficult to move past their tarnished reputations; and in a flash-forward, details to a tragic crime begin to unfold.[3]

Annalise’s therapist Isaac took a mysterious phone call before their session. She shared that she was sober and working, as she took on a former cellmate, Jasmine, as her new client, free of charge. A convicted prostitute and drug addict, she was behind bars for felony gun possession. In court, Annalise was shocked to see Bonnie was now working for the DA’s office. Nate actually thought Bonnie was only working there to help Annalise, which they both denied. In court, the dash cam footage from Jasmine’s arrest showed she actually solicited the arresting officer and also could’ve been booked for battery. Confronted with the damaging video, she rejected Annalise’s attempts to help. Meanwhile, the psychologist thought Annalise was only talking to him about the case to avoid discussing her personal issues. “You’re hiding,” he angrily told her. She was just as angry that he wasn’t letting her discuss what she wanted.

Annalise realized Jasmine was a sex trafficking victim, forced into it at 13, and needed her sealed juvenile record to prove it. She asked Bonnie for help and was shut down. Bonnie got drunk afterward, sparking Frank’s concern. He then stole the needed file and brought it to Annalise to prove his ongoing loyalty at her hotel room. At the trial, she questioned why Jasmine wasn’t treated as a victim when she was taken into custody as a teen and confronted the now-retired judge on why, as a black girl, she was treated differently than white girls in the same situation. Her argument was that that started a lifelong pattern that never should’ve been, and demanded all her subsequent convictions be vacated. The presiding judge apologized on behalf of the wrong previously done to her and said he would seal all her prior convictions so she could move forward without a criminal history. Annalise even gave her money for a fresh start. Isaac thought Annalise only connected with Jasmine because of a common history with sexual abuse, an observation she rejected. “I’m not her,” she insisted, even saying that she expects Jasmine to end up back in jail. Isaac said people change, as he used to be a heroin addict. “I wish you hadn’t told me that,” Annalise responded.

Amidst all this, the Keating 4 went to a law fair hosted at their university, where they met with potential employers. They faced tough questions about their poor grades, commitment level and why they even want to be lawyers. And, of course, they were asked about their internships with Annalise. Connor, who got no call-backs, started second-guessing whether he wants to be an attorney as Oliver said they all need to pursue their second chances. With this, he announced that he was starting his own I.T. company. Michaela and Asher went to a call-back at their top law firm pick, while Connor failed to score a last-minute call-back of his own. He saw Laurel was a no-show to her meeting, as she was secretly spending her time investigating her dad’s company. Connor, who had been on the outs with Laurel for some time now, found her at Wes’ apartment, and offered to be there for her. Naturally, she rejected his offer, but he went on to tearfully share that he hates himself more than she ever could. She urged him to try to move on.

At the District Attorney's Office, Nate told Bonnie that they should start “Annalise Anonymous” as they work together going forward. Michaela ended up with three law firm offers, one of which she visited with Asher. Laurel insisted she sign on with the firm that represents her dad “because he killed Wes, and you’re going to help me take him down.” And Annalise told Isaac that the last therapist who opened up to her became her husband. Two and a half months later, as a hospitalized or institutionalized Laurel panicked over her baby, Isaac called Annalise, asking, “Where the hell are you? She’s awake. Answer the damn phone.” Bonnie arrived at Annalise’s hotel room, which was now an apparent crime scene, with blood leading into the elevator. 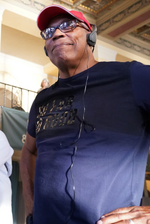 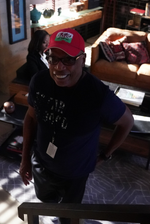 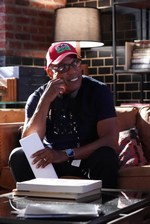 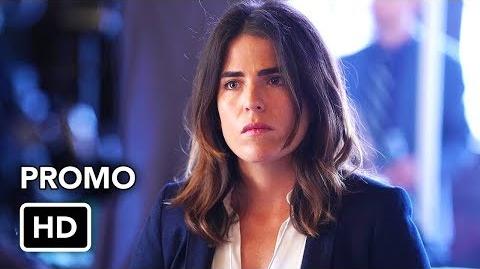 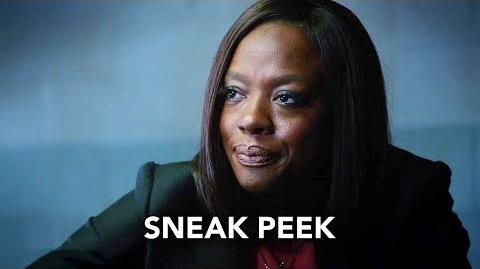 Retrieved from "https://howtogetawaywithmurder.fandom.com/wiki/I%27m_Not_Her?oldid=25927"
Community content is available under CC-BY-SA unless otherwise noted.