"Anna Mae, I want you to hear me and I want you to hear me well because you're the one who's confused right now. I'm going away. You know it. I know it. My mind's going. So whether I live or die, it's not about me. It's what you want, your father wants, - what your sister wants."
—Ophelia Harkness to Annalise Keating

"I'm Going Away" is the 46th episode of How to Get Away with Murder, as well as its fourth season's premiere.

In the wake of Wes’ tragic death, Annalise returns to her family home to pick up the pieces of her shattered life, and realizes that, in order to rebuild, she must make a tough and shocking decision. Meanwhile, “the Keating 4” all face an uncertain future while Laurel becomes obsessed with finding out what actually happened to Wes the night he died. In a flash-forward, a terrifying crime is committed and everyone is a suspect.[3]

Annalise was on a flight to Memphis when a man named Desmond began flirting with her. At her parents’ home, she said she wanted to use her insurance money from the fire to put her mom in a nursing home, but the matriarch was furious. Bonnie called to reveal Hannah (Sam’s sister) was contesting Annalise’s ownership of the house and her hearing to be reinstated to the Bar was pending. To avoid drinking but still blow off steam, Annalise met up with Desmond for a hookup. She got cold feet, however, and bailed. During the night, her mom had a dementia episode, after which she agreed to visit the facility. Annalise’s father wanted to care for her herself, and they fought over who was to blame for her mom’s condition.

Annalise’s sister, Celestine assured her that it wasn’t her fault, and she confessed that the expected insurance payout wasn’t coming through. She further admitted she may be disbarred for her alcohol issues. “I’d be drinking, too, if I had your life,” her sister admitted. Annalise asked her mom point-blank what she wants to do, and the matriarch replied, “I’m going away. You know it, I know it. My mind’s going.” Noting her daughter’s past losses, she said she wanted to “protect you from losing any more.” But since dementia can’t be stopped, she said they need to “prepare,” prompting Annalise to break down. “Don’t worry, I’ll stay as long as I can,” her mother said. Before leaving, Annalise begged her dad to “keep her safe,” at which pointed he finally apologized for the sexual assault she suffered at the hands of his brother.

One week later, Annalise invited the Keating 4 and Bonnie to a dinner. Laurel was with her dad when she received the text, and questioned why he brought Dominic to town. She confessed her pregnancy, but said she had an abortion. Laurel was later late to the dinner, where envelopes awaited each person. Connor was at a gay bar with Oliver, arguing over whether they should marry when he received the invite. Asher and Michaela were testing mattresses when the text came to them. She feared it was a “last supper,” while he hoped Annalise had good news. Frank took Bonnie to look at a potential office for Annalise and vowed, “I’ll win her back. Just give me time.”

At the legal hearing, Annalise confirmed she was drinking while already on probation with the Bar and said Wes’ death was the result of her decision to drink. But she promised she’s sober and would remain so, and pleaded for “mercy” and “one more chance.” The episode then jumped ahead/back to Laurel’s arrival at the dinner, where Annalise said the letters couldn’t be opened until after dinner. She revealed she won the hearing, and Laurel said she couldn’t drink to celebrate because she was having the baby and is due in five months. Annalise then said the envelopes held recommendation letters, as she was cutting them from her team. “We’ve been given a second chance. We don’t need each other anymore. So it’s time to go our separate ways,” she told them, pointing out Wes’ absence. “I ruined him, but I’m not going to ruin all of you.” When an upset Laurel left, Michaela blasted Annalise for her unilateral decision and then stormed off, too, saying, “Have a terrible rest of your life.” Asher followed, saying, “Maybe next time, don’t invite people to a fancy dinner to dump them.” Connor was the least bothered and actually thanked Annalise.

“They’ll understand eventually that this is good for them,” Bonnie said, just as Annalise handed her her own envelope and walked out. She later set up residence in a fully-furnished one-bedroom suite at the Easton Hotel as everyone read their letters. Michaela vowed to be stronger without her, and Connor told Oliver he wanted to marry him but didn’t want to say yes until things were “normal.” “For once, I want to do something the right way,” he said. In the last few minutes, Laurel contemplated asking her dad why he killed Wes, Bonnie met with the D.A. at the District Attorney's Office to get a job, and Annalise went to a court-ordered therapy meeting with Isaac Roa. The show ended with a flash-forward to three months later, with Frank and the therapist arriving at a hospital, where “she” was still unconscious with drugs in her system. Laurel, a patient, awoke and screamed something happened to her baby. 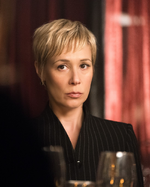 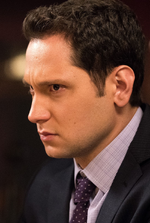 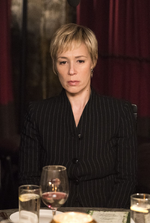 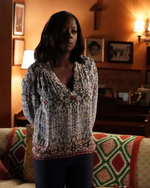 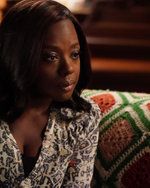 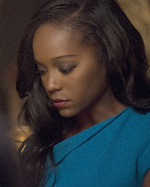 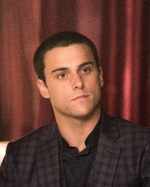 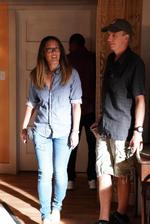 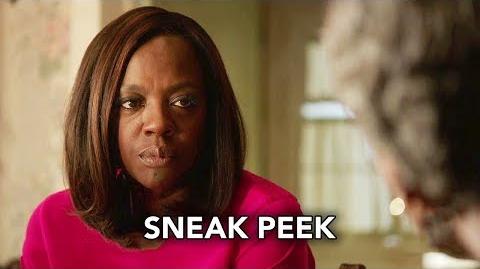 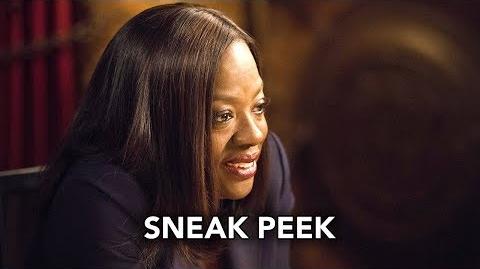 Retrieved from "https://howtogetawaywithmurder.fandom.com/wiki/I%27m_Going_Away?oldid=25926"
Community content is available under CC-BY-SA unless otherwise noted.