"He Deserved to Die"

Annalise and the team are focused on Rebecca’s case, but when the judge enforces a gag order, Rebecca takes things into her own hands. Meanwhile, Michaela is surprised by a pre-nup, sparks fly between Laurel and Frank, and in flash-forwards, we find out more about Wes and Rebecca’s relationship.[2]

In a flash-forward immediately after Sam's murder, Wes carries a disoriented Rebecca to the bathroom and carefully wipes the blood from her face. The two kiss as Wes reassures Rebecca that everything will be alright.

Back in the present timeline, Rebecca recounts her story on the night of Lila's murder to Annalise and the Keating Five. Rebecca jokes that she herself is Lila's killer, prompting Annalise to berate Rebecca for not taking the situation seriously enough. Wes attempts to defuse the tension but not long after, a breaking news report reveals allegations from anonymous sources that Rebecca and Griffin were sexually involved, which implicates Rebecca as a "jealous lover." Annalise orders Bonnie to request a gag order hearing.

At the hearing, Annalise accuses Griffin, his lawyer Jared Keegan, and the state prosecutor Wendy Parks of sending false rumors to the press in order to tarnish Rebecca's character thus bolstering their prosecution against her. The judge sides with Annalise and issues a gag order on the case. Before the hearing is dismissed, Keegan motions for a second autopsy which the judge considers.

After the hearing, Griffin and Rebecca antagonize one another, prompting Rebecca to nearly strike him. Wes intervenes as Keegan threatens Rebecca with attempted assault, an allegation which Annalise immediately dismisses.

Back in her office, Annalise vents to Sam about Rebecca's volatile nature and concerns that the autopsy will potentially hurt their defense. Sam attempts to comfort Annalise but Annalise pushes him away, still troubled by his affair with Lila. Annalise then receives a surprise visit from District Attorney Parks, the prosecutor in Rebecca's case, who proposes with Annalise a secret truce to deny Keegan's request for Lila's exhumation.

Annalise and the Keating Five begin work on debunking Rebecca's involvement in the murder. Annalise successfully discredits the claims of the state's hired medical expert, and Wes enlists Lila's first coroner to testify that Lila's neck may contain bug bites instead of scratchings from Rebecca's fingernails.

Meanwhile, Laurel discovers that her boyfriend Kan is short-staffed at his law firm and Kan, acknowledging Laurel's sharpness, suggests she join their ranks. Laurel, caught between her loyalty to Annalise and obligation to Kan, requests time to make her decision.

At Wes' apartment, Wes and Rebecca brainstorm ways to bolster their defense against the state but the two cannot come to a consensus. Rebecca mocks Wes for being a "fancy ivy-league student" who does not respect her intellect and Wes rebukes that he came from nowhere and thus Rebecca herself has potential for a bright future. Wes obliges to stop "trying to change" Rebecca, to which Rebecca insists that he not give up on helping her, appreciating his support. The two nearly kiss, but Rebecca rushes away.

Flashing forward to Sam's murder timeline, Wes and Rebecca find refuge in a motel where Wes urges Rebecca to lay low while he buries the evidence. Rebecca pleads that he should not entangle himself further on her behalf and that she will gladly incriminate herself as Sam's murderer for Wes' sake. Wes insists otherwise, demanding her to stay put, and leaves her alone at the motel.

Back in the present timeline, Michaela visits a prestigious law firm thinking they are interested in hiring her, but to her dismay, discovers that her rich in-laws are having her sign a prenuptial agreement. Meanwhile, Rebecca, now under the informal custody of Annalise, continues to antagonize Sam who she knows committed adultery with Lila.

At the exhumation hearing, Lila's mother pleads the court to deny Keegan's request, calling Rebecca and Griffin "monsters" who are responsible for her daughter's death. Rebecca is hurt by the allegations, confiding in Wes that she considered Lila a dear friend. Before court is adjourned, District Attorney Parks hands the judge additional last minute documents, a gesture which Annalise presumes is meant to harm their case, thus betraying their initial truce against Keegan.

In a secret meeting, Annalise seeks out Nate for his help in investigating Parks intentions. Nate refuses her, angry at her costing him his job and knowing she had used Frank to plant evidence against Griffin. Insulted by her crooked ways, he leaves.

Flash forward to the murder timeline, Rebecca is alone in her motel room and consumed by anxiety. On the verge of a mental breakdown, she nearly gives herself up to the police when Wes calls from a pre-paid cellphone and assures Rebecca that the situation is under control.

Back in the present, Annalise and Wes discover that D.A. Parks has betrayed Annalise, agreeing to give Griffin a plea deal if the state allows Lila's exhumation to proceed. Facing pressure against their entire defense, Rebecca suggests they lie to the public and assert that Griffin had raped Rebecca, thus smearing his character and any chance at a successful plea deal. Wes is disgusted by the underhanded tactic and its direct violation of the gag order, but Annalise acknowledges that the lie may work in their favor if they turn a blind eye to it.

At the hearing, D.A. Parks and Keegan attack Annalise and company for deliberately leaking the rape rumor, a notion which Annalise deceitfully attributes to Rebecca's lack of legal understanding. The judge, frustrated by their bickering, approves of the exhumation and an injunction against Annalise.

Back at Wes' apartment, Wes ignores Rebecca's attempts at conversation, repulsed by her lack of integrity for lying to the public and the justice system. Insulted, Rebecca accuses Wes of being too invested in her problems and that he uses "messed up" drama to fill a deep emotional void. Wes argues otherwise, insisting that he is sincerely trying to help her cause. Caught in the heat of the moment, the two kiss and make love. In bed, Wes confides the tragic secret that his mother had committed suicide when he was 12. He affirms that, like Rebecca, his mother "was a little messed up, too."

Meanwhile, Connor attempts to make amends with Oliver but is heartbroken to find another man at Oliver's door. Frank confronts Laurel about her confliction between Khan and Annalise, thinking himself a negative factor in her decision. Laurel assures him otherwise and the two, admitting their feelings for each other, make love on Annalise's porch.

At a late night convenience store, Rebecca is approached by Nate who proposes they team up to indict Sam Keating for Lila's murder, in turn allowing Nate to enact revenge against Annalise and her career. At the same time, Bonnie divulges to Sam and Annalise the shocking results of Lila's autopsy: Lila died while pregnant, most likely with Sam's child. 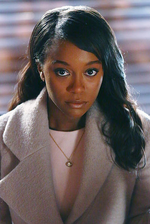 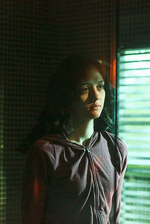 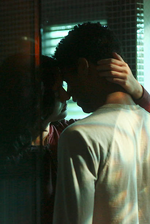 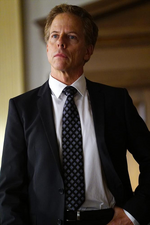 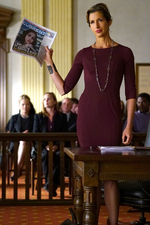 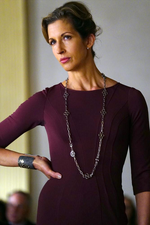 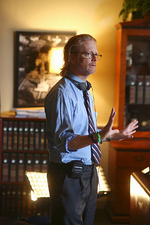 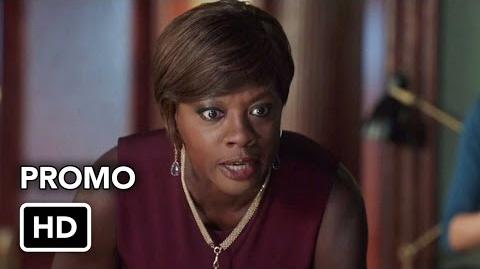 Retrieved from "https://howtogetawaywithmurder.fandom.com/wiki/He_Deserved_to_Die?oldid=22538"
Community content is available under CC-BY-SA unless otherwise noted.