"Everything We Did Was For Nothing"

"Everything We Did Was For Nothing" is the 55th episode of How to Get Away with Murder.

As Laurel struggles to come to terms with what happened on that tragic night, Annalise and Frank work together to do what they believe is best for the group. Meanwhile, details involving a past murder come to light as Annalise continues to build her class action.[2][3]

Laurel had nightmares in the psych ward about everything that happened with Wes, her dad, and her baby. Watching a press conference about Laurel’s dad’s IPO, Oliver lamented to Connor, “Everything we did was for nothing.” Michaela was concerned about Tegan, but Asher thought they should have no contact. And D.A. Denver warned Bonnie to stay away from Asher’s case and she said she recused herself.

Annalise told Laurel she was trying to get her out and “back with your boy,” but they had “play it perfectly.” Frank wanted to tell her about the Wes voicemail he found on Dominic’s phone, but Annalise wouldn’t let him and urged him to get rid of the cell “or you could end up the next dead body around here.” Annalise then had Michaela “babysit” Laurel in the hospital.

Annalise went to Nate for help, asking him for the hard drive she believed was in evidence. He reminded her of the class action suit she was supposed to be working on, which inspired her to have Connor, Asher and Oliver do research. She tasked them with finding a case to be the face of the suit, so to speak. Oliver had an attitude, prompting Connor to ask Annalise to be “less hard” on him. She, in turn, said he didn’t need to be “babied.”

Annalise went to Wes’ apartment, where she had flashbacks to various moments they shared. Back at the hospital, Laurel suggested she file an abuse petition but Annalise said she already did and it didn’t work. Michaela privately confronted her for lying, and Annalise admitted she was genuinely concerned for Laurel’s well-being should she be released.

Bonnie tried to get an update on Asher’s case from Nate, and he questioned if she was just feeding her obsession with Annalise. When Frank came to Bonnie for help with finding the hard drive, she angrily refused, given his betrayal. “Honestly, I should’ve just let you pull the trigger that night,” she told him. Nate later told Asher that the D.A.’s office knew he had a confrontation with Simon earlier in that night. Meanwhile, Oliver, racked with guilt, visited Simon in the hospital. Asher later tried to console him by talking about what he went through with Sinclair.

At Frank’s urging, Annalise went to make amends with Bonnie, who knew she just wanted her help finding the hard drive. Still, Annalise apologized for firing her and “making you feel alone.” Bonnie wanted to know why she was so upset over the “I love you” declaration. She now stressed, “I’m not in love with you Annalise.” They both admitted that sometimes it’s “too much” how much they need each other. Bonnie encouraged Annalise to cut ties with the group, but she confessed she worried Laurel would kill herself. “Think of all the pain we could’ve avoided if you just let me go,” she told Bonnie.

The next day, Bonnie told DA Denver that she scrubbed all incriminating evidence against him and Laurel’s father from a computer. Nate met with Tegan, who said she believed Simon’s shooting was a suicide attempt to cover-up his security breach. Laurel apologized to Oliver, Connor, Asher, and Michaela for everything that happened and they vowed to help her get out of the hospital. Michaela pled with Annalise to help her get out and revealed that it was Frank’s elbowing that triggered Laurel’s early labor, not anything she did to intentionally hurt herself.

Annalise went to Isaac for help with Laurel, but he didn’t want to get back involved. She tried to convince him by bringing up his daughter and admitted that, deep down, this is all about saving herself. In the final minutes, Isaac evaluated Laurel. Connor, Oliver and Asher found a case of man with the same name as Nate. Michaela confronted Tegan and asked why she was covering for her. Tegan said they were all in danger and that Michaela had “no idea how scared you should be.” Denver told Laurel’s father that Bonnie is a “problem.”

In the final minutes, Laurel was granted release and returned to the apartment, where Frank would stay as her “bodyguard.” Dominic’s phone rang, and Annalise told him to play her the Wes voicemail. When the phone rang again, Laurel recognized the number and answered: “Hi, mom.” 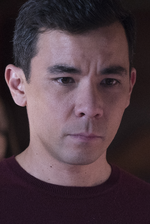 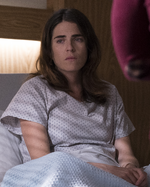 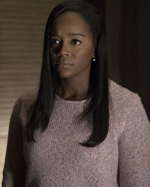 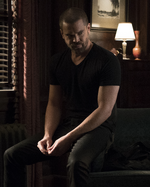 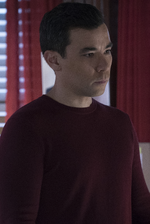 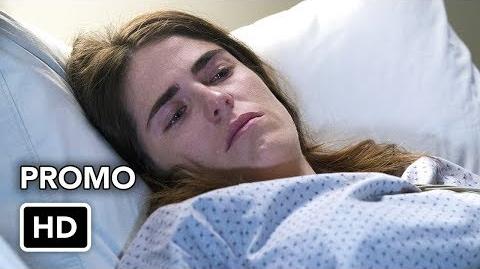 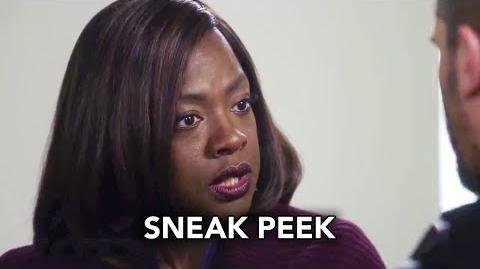 Retrieved from "https://howtogetawaywithmurder.fandom.com/wiki/Everything_We_Did_Was_For_Nothing?oldid=25939"
Community content is available under CC-BY-SA unless otherwise noted.