"Don't Go Dark on Me" is the 70th episode of How to Get Away with Murder.

As the investigation into Miller’s murder intensifies, Bonnie and Nate formulate their alibis while Annalise devises a plan to ensure Gabriel never learns the truth about his father.[2]

It starts off with a preacher talking and then a scene of snow melting and the blood becoming more prominent.

Connor knocks on Asher's apartment door and asks if Gabriel is in his room. Asher says that he does not know and that he hasn't heard anything all day. Connor presses his ear to the wall and hears a sermon with a preacher speaking. The camera moves to Gabriel who is doing pushups while listening to the sermon.

Oliver is looking at his reflection in a knife which is a gift from his wedding. Michaela walks in and asks where Connor is because she needs his help. Oliver says that Connor went on a run to get his mind off the Gabriel issues. Michaela explains that she is trying to do that too by writing a wrongful death suit for Nate Lahey Sr. Oliver reminds her that Nate wanted her to stop interfering in his life. She replies that Nate will forgive her once he realizes that this is their last chance for justice. 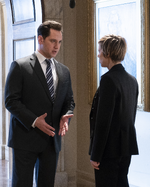 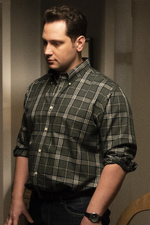 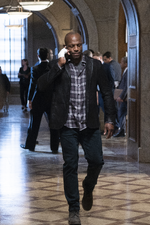 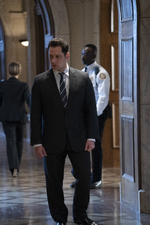 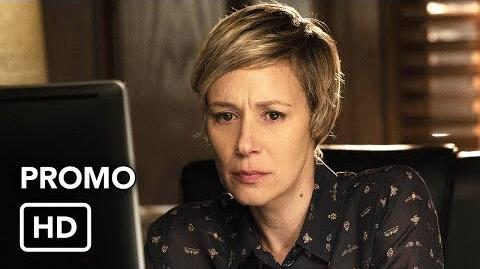 Retrieved from "https://howtogetawaywithmurder.fandom.com/wiki/Don%27t_Go_Dark_on_Me?oldid=25760"
Community content is available under CC-BY-SA unless otherwise noted.