"Ask Him About Stella"

"Ask Him About Stella" is the 57th episode of How to Get Away with Murder.

Annalise deals with an unforeseen issue after damaging details about a key witness are exposed in her case to help Laurel. Meanwhile, the “K4” continue their efforts to help build a case for Annalise’s class action lawsuit.[2]

We go backward in time from the end of last week’s episode to see Isaac in his car having a breakdown after the trial. He goes to a food truck to buy some pills, which he promptly crushes and snorts once home. When Annalise came to check on him, he was high — busy flashing back to the night Stella died. At an unkwnon building, Frank is continuing to dig into Laurel’s mom, while also watching out for Bonnie by giving her something to test her brakes each time she turns on her car. At Oliver's Apartment, Asher and Michaela, the Keating 4 are working hard to prep the class action for court. Well, three of them are working hard — Asher is just baking 24/7 and Michaela wants to know if they’re getting paid, but Annalise says it’s just whoever is willing and grateful to be a part of it. Annalise goes back to Isaac’s to reassure him the investigation means nothing until he’s charged. He is suspicious that she has Bonnie on the case, but she assures him they have worked out their issues. This leads him to confess that he was high the night before, ending his 23-year stint of sobriety. Annalise wells up with emotion at this and offers to go to a meeting with Isaac and be there to help him.

They do go to meetings together and enjoy breakfast at a pancake joint afterward. They talk about how their addictions started, and Isaac explains that he began doing heroin as a young writer/musician in New York. One night, while he was high and basically homeless, he met his ex-wife Jacqueline in a bodega. He realized then that he wanted to get clean and build a life. At the DA’s office, Bonnie is trying to help Isaac without signaling Annalise’s involvement. She goes to the lawyer assigned to the case, Ronald Miller and offers to help him figure out how to charge the guy, while also flirting with him and offering to go out for drinks in order to encourage him to give her information. Back at Oliver's Apartment, Connor and Michaela are battling over who can write a better opening statement for Annalise. Connor wants to lean into Nate’s father as the "face case", while Michaela pushes for a more objective approach. Oliver gets a call from Frank asking for help hacking phone records (Laurel’s mother’s phone), but Laurel overhears and assumes he’s still trying to investigate Dominick. She begs him to stop so her father won’t have a reason to block her from seeing her son. He says he will.

Annalise is back at the jail prepping Nate Sr. for his trial by going over his story again. He explains how he came home from jail to a hefty bill from the court that he couldn’t pay, which automatically put him in a place of desperation where he would be forced to break parole. Worse — as a former boxer, he had a target on his back in prison as everyone wanted to see if they could take him. The man he murdered swung at him first and he snapped. This was after he’d been in solitary confinement for 12 months, which he thought had only been a month. At court, Annalise rejects both opening statements and decides to wing it. There’s no need though, because moments into her opening remarks she’s informed that the attorney general has pushed the case to the Pennsylvania Supreme Court. There will be no court trial — instead, she has to write a brief to the Supreme Court judges and see what happens. Annalise argues that this once again denies her clients the right to a fair trial, which is the point of the class action in the first place. The judge agrees, but he can’t overrule the state Supreme Court.

After, Annalise tells Isaac the bad news back at their diner, but as they’re paying, Jacqueline calls. It’s the three-year anniversary of Stella’s death. Annalise urges him to call her back, saying that even though she doesn’t miss Sam, when she thinks about their baby, he’s the only one she wants to talk to. Back at the jail, Nate breaks the news about the case to his father, who is angry they could just change the rules like this. He rants about being played by Annalise and Nate to begin with and fears that they’re just dropping him from the case and lying to him. Nate assures him he has his father’s back, but Nate Sr. calls for the guard and tells Nate not to come back. Elsewhere, back in Oliver's Apartment, Connor and Michaela are helping Annalise write her brief for the state Supreme Court, and once again they’re arguing. Connor accuses Michaela of only being interested because she wants her name in the brief if it goes to the Supreme Court, when he’s the one who’s been doing the work from the beginning. She comes right back at him wondering why he doesn’t re-enroll in law school since it’s clear he wants to be a lawyer. This is all interrupted by the news that Laurel finally gets to meet her baby.

Frank calls Bonnie at her office to tell her that Laurel’s mom has been on the phone with Jorge every day that week. She wants to tell Laurel, but instead Frank goes to Laurel’s apartment to request to go with her to the visitation. He feels responsible for the premature labor since he elbowed her and wants to be there for her... but really he just wants to keep an eye on Jorge and her mother. Bonnie comes to Annalise at her appartment with good news. There was bruising on Stella’s body, which proved Isaac did CPR and can explain his delay in calling 911. She wants to tell the office to close the case. But one detail stands out to Annalise: the drug in Stella’s system. It’s the same opioid Isaac admitted to take the night of his relapse after the trial.

She goes to him and confronts him. He explains that when he got home, he saw his foil wrapper on the ground and realized that his daughter knew something. He lied about being sober for 23 years — he’d been using these pills. Stella was already dead, having taken nearly every pill in his bag. He didn’t know if it was an accident or suicide, but he couldn’t face Jacqueline finding out their daughter’s death was his fault when he’d been claiming to be sober. He texted Jacqueline the suicide note from Stella’s phone, cleaned up the evidence, and made it look like she took her own life purposefully. Despite all of this, Annalise still wants Bonnie to help Isaac and guilts her into it because he helped them. Bonnie has to convince the ADA to close the investigation. Annalise writing her brief for her class action in her hotel room when elsewhere, Laurel is about to meet her baby for the first time at the hospital. Frank does come along, but he realizes he maybe jumped to conclusions when Ms. Castillo reveals she called Jorge every day during the week to allow Laurel to meet the baby on her own. Laurel decides to name the baby Christopher in honor of Wes’ birth name. She texts Annalise a picture of her with the baby and makes a tearful goodbye.

Isaac is texting Annalise photos of pancakes from the diner, which naturally makes her turn around and call Nate Lahey. She’s waiting anxiously at the court in Harrisburg for the justices to make a ruling, but Nate reassures her. Back at the District Attorney's Office, the lawyer on Isaac’s case, Ronald Miller, taunts Bonnie, revealing that her interest in the case made him realize she’s still working for Annalise. So, despite there not being enough evidence to charge Isaac, he’s advised the DA to bring him in for “death by delivery” anyway. Bonnie has a mild breakdown in her office, but then she recovers and storms into Denver’s office, making one last desperate stand. She plays the recording of their conversation about Antares off her phone and threatens to leak all of their conversations to the press if anything happens to her. Her terms: He must drop the investigation into Isaac. Or else she’ll turn him in. Nate is walking through the courthouse, and Annalise arrives to tell him the bad news: They lost the case and the class action suit is over. Then Bonnie tells Annalise they’ve dropped Isaac’s case, and Annalise goes straight to Isaac to tell him the good news. Things get really awkward when he starts caressing her hand and goes in for a kiss, which is when Annalise realizes he’s high They have a massive fight where they both scream, “We’re no good for each other,” and ultimately, Isaac blames Annalise for his relapse. He calls her a narcissist and says she’s made him worse off than when he was addicted to heroin. She retorts back that he taught her she can’t make anyone be other than what they are. Finally, when he threatens physical violence, she calls Jacqueline and tells her Isaac has relapsed. Oh, and to ask him about Stella.

Nate goes to see his father at the prison and tells him they lost the case but he’s not going to lose him. He’s going to keep coming back to visit. Nate Sr. is still a bit incredulous that his son doesn’t hate him. Meanwhile, Annalise is sadly packing away all the evidence and records for her class action suit at her hotel room, looking at the photos of the people she’s let down. Back at Oliver's Apartment, Michaela storms out, refusing to give up. Connor admits she was right and announces that he’s going back to law school and that it will be tough to balance class with planning a wedding, revealing that he’s calling his marriage to Oliver back on. Bonnie is spiraling back at her own house, moving her gun around in fear that she’s going to be attacked. She calls Frank and asks him to move back in with her because she’s so afraid. He promises to be there soon, but first he confronts Laurel’s mom on the street and straight-up asks her how she knew Christophe/Wes.

As a last resort, Michaela goes to Annalise to push her to appeal to the Supreme Court. But if they’re going to do it, they need help — they need someone with power: Olivia Pope. Annalise goes to a university in D.C. to watch Olivia deliver a lecture titled "How to Survive a Scandal," mirroring what she had done on the first day of law school in 2014. 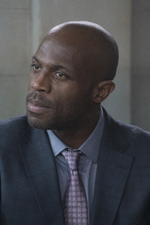 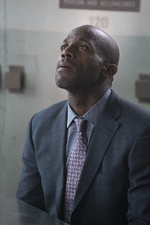 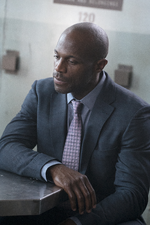 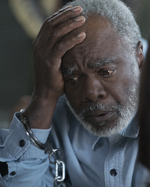 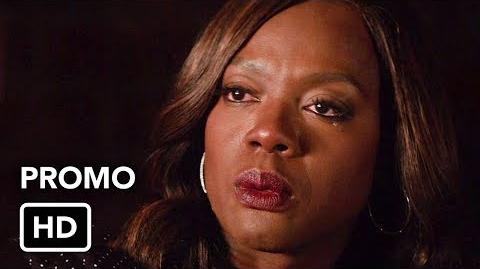 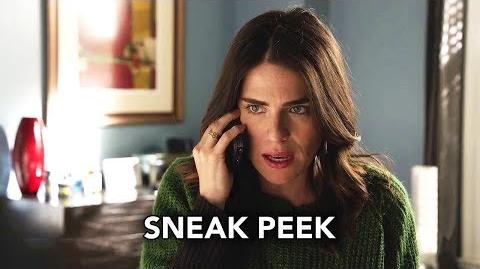 Retrieved from "https://howtogetawaywithmurder.fandom.com/wiki/Ask_Him_About_Stella?oldid=25951"
Community content is available under CC-BY-SA unless otherwise noted.